Drilling with high-frequency, resonant energy created inside the sonic head is an advanced kind of drilling. As the sonic drilling string moves down the hole, resonant energy is transmitted at various sonic frequencies to the drill bit face.

As a result, the method’s three interdependent components must operate together harmoniously to be effective.

For this approach to be effective, tremendous vibrational wave energy must be efficiently transferred from the drill pipe’s upper section to the drill bit’s lower section, with very little power being lost in the process.

Counter-rotating rollers or eccentrics are often used to create linear forces. Although it does not cut, the bottom bit crushes the rock into dust or bludgeons mud and clay to the side. 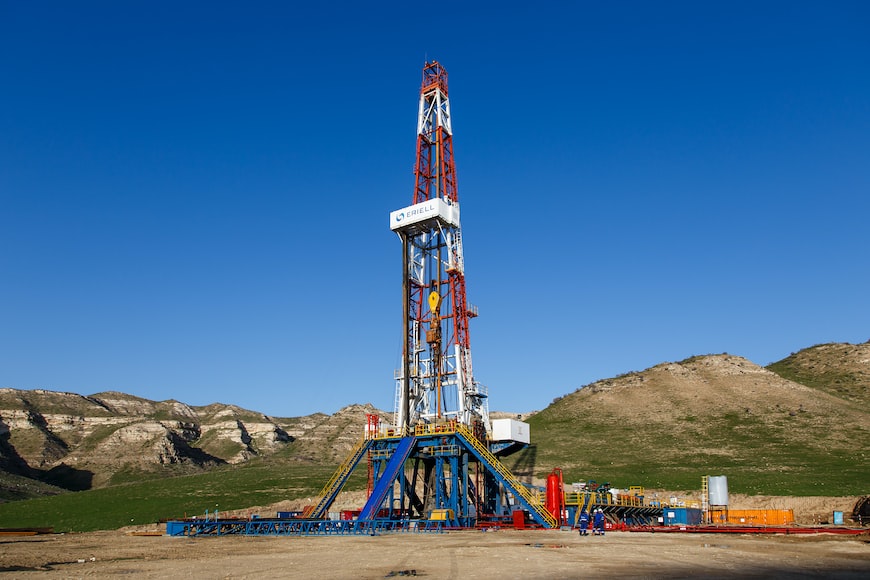 The frequency of energy input must fluctuate as drilling proceeds and new sections of pipe are added to maintain the wavelength condition. It takes less input energy to bring the steel drill pipe into resonance as it becomes longer.

To be sure, higher frequency operation of the sonic head allows for increased force production as drilling depth increases, allowing for sustained penetration at longer depths.

Soil is fluidized by the resonating drill steel when the sonic drilling head and the drill steel pipe are brought into resonance. This reduces the frictional forces that bind and constrict the pipe.

If you’re drilling in sandy or gravelly formations, the drill bit will readily disrupt the elastic connections between the particles. The sand grains will then rearrange themselves and migrate to the outside of the bit face.

Porous and saturated formations are more easily able to absorb soil particles that have been dislodged from the bit. Sonic drilling in clay-type soils is more difficult. Clays are less movable than sands and gravels because of their cohesive nature.

Why Should You Consider Sonic Drilling?

Drilling applications requiring undisturbed core sampling across virtually any geological formation can benefit from sonic drilling. There are numerous advantages to using this strong technology as opposed to other sorts of drilling procedures. Low-impact technology makes crew tool handling safer by reducing the number of tools used.